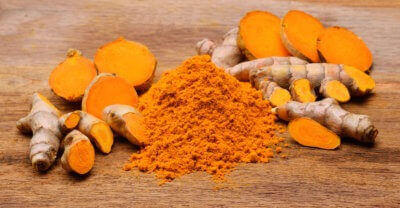 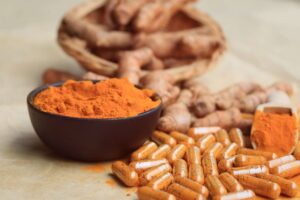 Common marketing of Curcumin products in the market today typically refers to a threshold of the 3 main curcuminoids summed, set at a level of 95% by HPLC. “HPLC methods are described by US Pharmacoepia for content measurement of curcuminoids.  One of the original monographs for Curcuminoids for USP was from Sabinsa,” notes Shaheen Majeed, Sabinsa Worldwide President, a Global Curcumin Association Founding member. As with any botanical ingredient or set of ingredients, extraction and concentration becomes increasingly difficult and cost-prohibitive as one approaches 90% and beyond. For that reason, companies exploiting the market opportunity and flouting the law spike the material with a synthetic analogues of curcumin. This reduces cost and will fool the HPLC, masking this illegal activity and causing a false QC positive.

In order to detect this spiking, the current definitive approach is to use isotope ratio analysis (in this case, specifically C-14 measurement) although it could include other isotopes besides carbon such as oxygen and hydrogen (and others). The carbon isotopes are different between synthetic and natural molecules, so those of fossil fuel origin, can be detected quantitatively. Very few labs are equipped to do this testing, so chances are that it is currently not the foundation of many current QC processes, leading high quality curcumin suppliers to suspect that more than a small amount of final product in the marketplace contains synthetic material.

Majeed explains Sabinsa’s position on this subject, “Sabinsa was the company that first alerted the industry to the threat of synthetic adulteration, and continues to raise concerns.  Carbon-14 content measurement has spotted adulteration in curcuminoids that chromatographic techniques and other test methods widely used for identity testing missed. This began with a collaboration between Sabinsa and the University of Georgia to investigate our suspicion that synthetic curcuminoids were in the supply chain in the cut-rate low end of the supply chain. DNA testing can be suitable for verifying the right species of a natural product or herb before it is extracted, but is entirely ineffective when it comes to spotting synthetic adulteration.”

This methodology has much broader applications and potential for this industry as the natural / synthetic debate continues to unfold. According to James Neal-Kababick, Director of Flora Research Laboratories, LLC, “We have used this approach for detecting synthetic caffeine and ascorbic acid.  It can also be used to pedigree a sample (that is, identify that it came from a sole source facility for instance).”

A final point on curcumin quality and testing and the use of synthetic material:

Synthesis of curcumin involves solvents not traditionally used in the natural product extraction process. According to Neal-Kababick, ethylene dichloride is often seen as a residue, in curcumin and other botanicals. If the QC program does not suspect spiking of synthetic curcumin, it might also not be testing for residual solvents. In addition, “these processes have not been tested for human safety, nor has the finished product been proven to be safe when ingested long term, which is how most people use curcumin”, explains Majeed.

And how does this sit with the FDA currently?

From a science perspective, industry has seen numerous examples of borrowed science, that is, companies citing research on another material as a means of substantiating claims on their own ingredient or brand. According to Majeed, “the amount of research, especially in human clinical trials, on synthetic curcumin is nil. Since synthetic curcumin is not a natural material, FDA is unlikely to authorize any clinical trial.

The Global Curcumin Association (GCA) has been recently launched to provide a consolidated objective voice for the category, to promote and defend quality standards and the strong science that is continuously building for this highly regarded ingredient. Predictably, high growth in a category leads to potential for abuse, exploitation and adulteration. For more information about curcumin, please visit the GCA website.

New Insights Report from the CoQ10 Association Forecasts the Global CoQ10 Market to Reach $1.3 billion by 2020