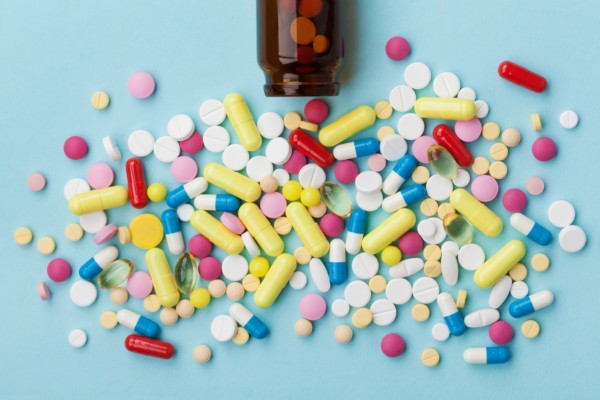 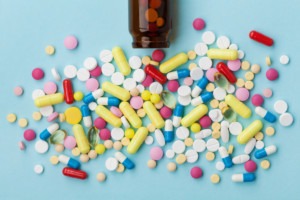 It’s often with a deep sense of frustration that we listen to doctors or mainstream media pan the entire dietary supplements industry and write off all products as ineffective and unsubstantiated. We in the industry know that to the contrary, many categories are well supported. Furthermore, in our over-medicated and over-prescribed society, drug induced nutrient depletions are increasingly an issue.

It was therefore somewhat of a relief to see a recent article, appearing in mainstream media, finally get it right. This article, published on MSN.com in the UK, received widespread global pickup and interest. Entitled “8 vitamins you CAN mix with your medicines to help fight off illness and improve health”, it introduced the term ‘Power Duos’ to describe 8 potentially complementary sets of medications and supplements. To those of us in the industry, many of these duos are obvious. To all too many practitioners, this is new ground.

The eight power duos cited in the article are:

Broad spectrum antibiotics are by definition non-specific, so the disruption to the microbiome is widespread and pervasive with an impact on harmful bacteria, but also on health-supporting species. Why scientifically validated probiotics aren’t an adjunct therapy of some form is hugely frustrating and evidence that industry efforts at educating the medical community, while challenging, definitely need stepping up.

Perhaps a bit less obvious than the duo above and a few below, when you think of the joint support potential of omega-3’s, it stands to reason that an integrative approach that might consider both might be warranted.

To even suggest using adjunct therapy is problematic in many cases, and talking about depression and supplements is a non-starter from a regulatory sense. This article specifically talks about high levels of homocysteine in instances of depression. As we get better diagnostic tests, and better associative information, one would (hopefully) expect nutritional solutions to be more prevalent when excesses or deficiencies that can be nutritionally adjusted are encountered.

Contraceptive pills have been found to deplete vitamin C because the drugs block absorption of the nutrient. Vitamin C is an essential vitamin and as the CDC reports that 28% of women in the US take contraceptive pills as their form of birth control, this depletion needs to be addressed.

The article in this case references a study in which diabetics were treated with moderate forms of fish oils for six months, and the results showed a significant reduction in triglycerides.

More and more frequently practitioners are looking to monitor vitamin D levels in their patients, a major impactor in the rise of popularity of this supplement as the results frequently show, especially in northern climates, a deficiency of vitamin D. The articles notes that certain corticosteroids can deplete vitamin D, problematic in and of itself, but also exacerbate any deficiency. This article states many times the importance of patient-practitioner transparency in talking about the use of supplement interactions with drugs and is very specific in this case.

This is a well-established case of drug-induced nutrient deficiency. In addition to the areas covered in the article, magnesium depletion has also been linked to migraines and muscle cramps.

It is well established that Coenzyme Q10 production declines as we age, and that statin prescriptions are pervasive for cholesterol management (especially for older populations), so this would seem to be an obvious power duo. While there is increasing awareness and acknowledgment that statins can decrease CoQ levels, that knowledge and acceptance is not adequate. The combination of CoQ10 with pharmaceuticals has been recognized by pharmaceutical companies for over three decades. For example, a 1989 Merck Pharmaceuticals patent called for 20mg lovastatin and 35mg CoQ10. In June 2004, The Archives of Neurology published a paper sponsored by Pfizer and entitled: Atorvastatin Decreases the Coenzyme Q10 Level in the Blood of Patients at Risk for Cardiovascular Disease and Stroke. This study concluded “Even brief exposure to atorvastatin causes a marked decrease in blood CoQ10 concentration. Widespread inhibition of CoQ10 synthesis could explain the most commonly reported adverse effects of statins, especially exercise intolerance, myalgia, and myoglobinuria”.

This article is a good overview of the potential among these duos, but it doesn’t cover everything. For example, it’s surprising that SAM-e and SSRIs aren’t included as there are numerous studies showing positive benefit when SAM-e is taken as an adjunct. In order to be even more impactful it would also be nice to see references included.

Finally, there are several broad takeaways from this piece.

We applaud this journalist’s efforts in making these power duos known and we as an industry need to keep feeding this information to media and the public to increase awareness of this important issue.

The generation game: When it comes to sustainability, does age matter?