It’s nearly universally agreed that 2020 changed the way consumers purchase nutritional supplements, with a huge amount of attention being placed on immunity. This trend is not going away as more strains of coronavirus are found, and with winter colds & flu, there is a persistent demand for an enhanced immune system.

Last March, Trust Transparency Center (TTC) under our ITC Insights program asked consumers what ingredients they associate with immunity, with Vitamin C and E coming out on top. This offered insight into how shoppers purchase supplements with immunity in mind – at that time.

It’s almost a year later, which led us to ask, have consumer attitudes about immunity supplements changed? To find out, TTC ran a follow-up survey asking shoppers ‘if you were to purchase an immunity product, what would it be?’  This year we also surveyed people in the UK to see the difference between friends across the Atlantic.

"If you were to purchase an immunity supplement, which would you choose?" 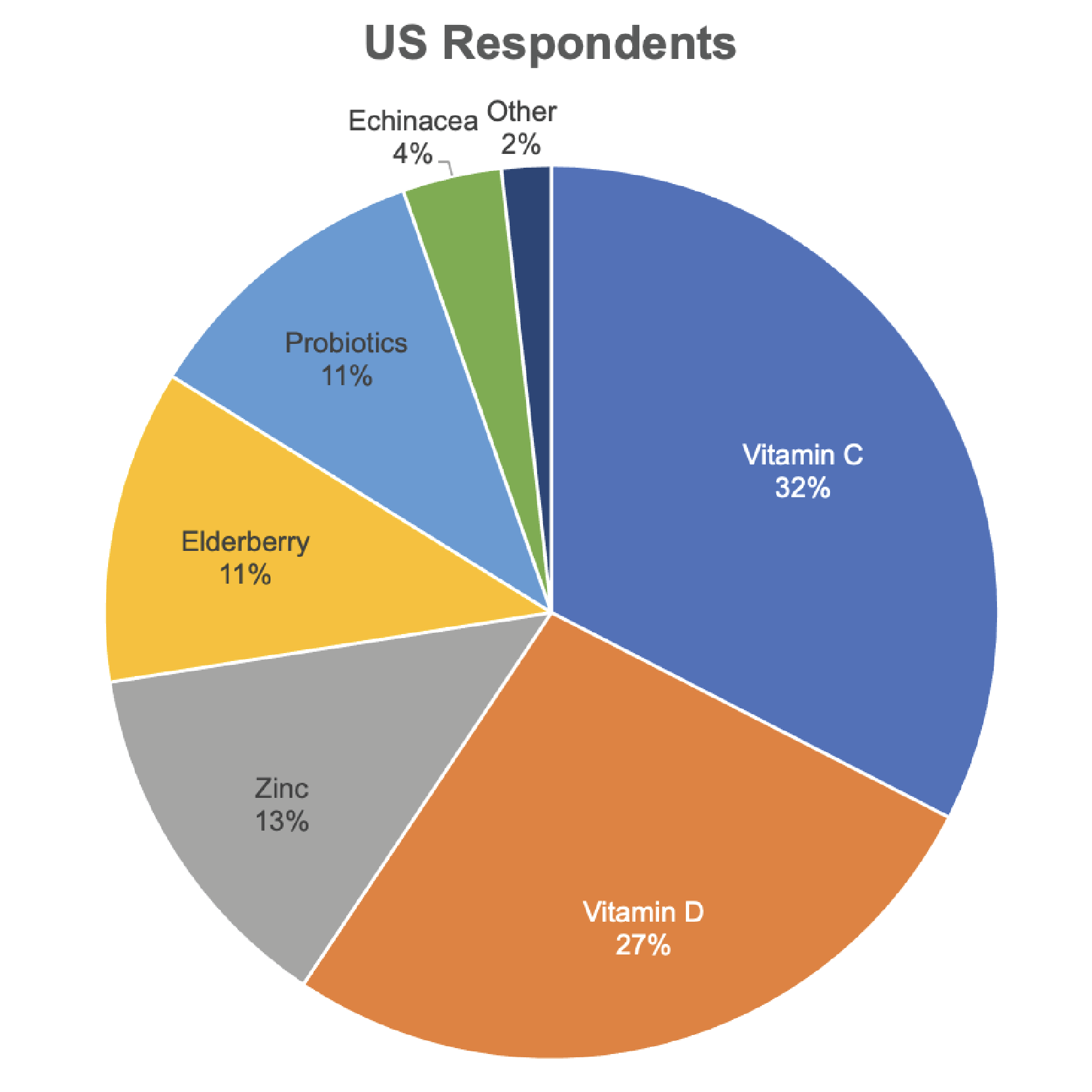 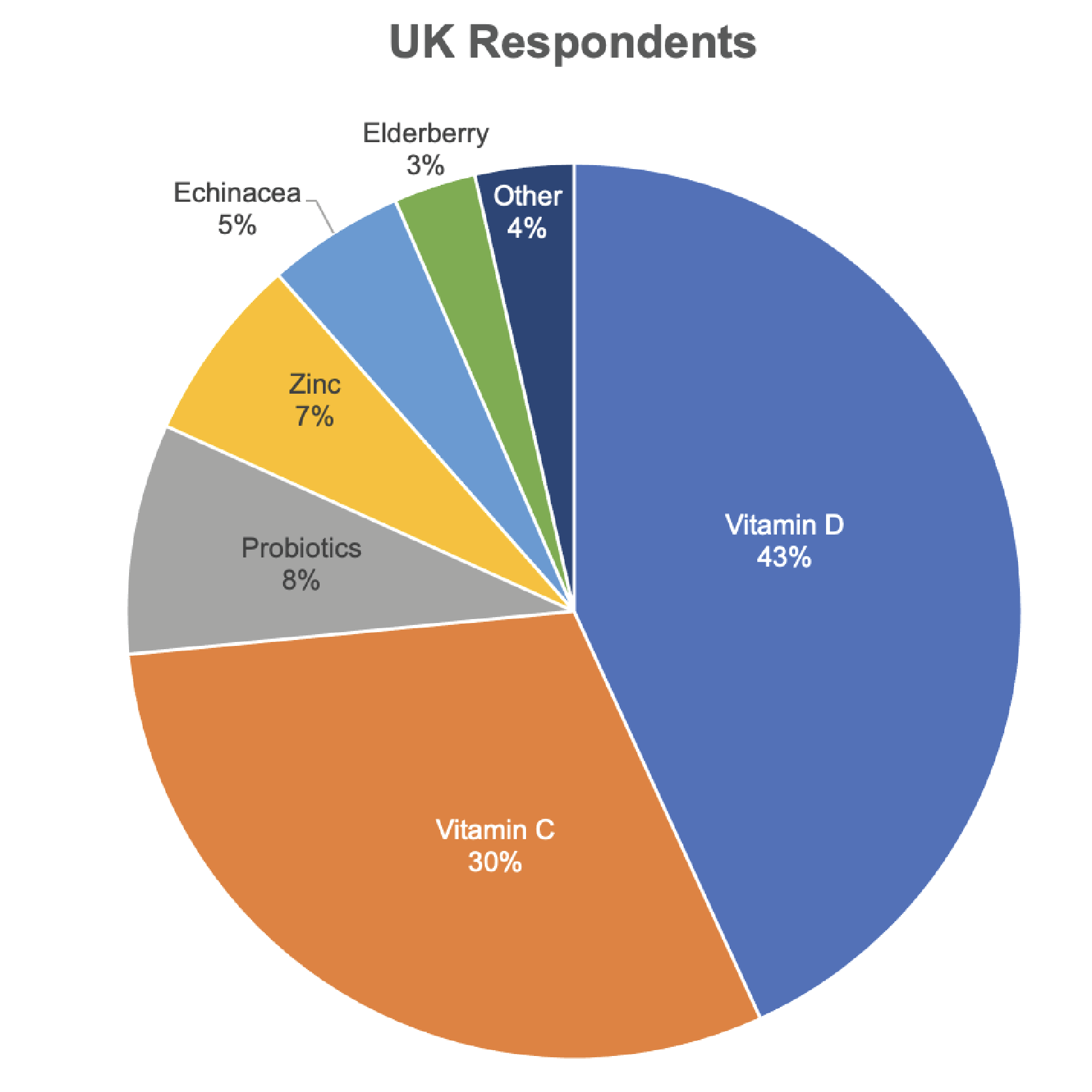 From 1004 responses in the US, vitamin C ranked #1—over 32% chose this ingredient for enhanced immunity, followed closely by vitamin D (29%).

Vitamin D does emerge as a popular choice for immunity in both countries, which is likely being driven by favorable media coverage on vitamin D, including America’s top doc Anthony Fauci recommending it, and consumers simply paying more attention to their immune systems and overall health. With local and regional stay-at-home orders the norm over recent months, the general population is also spending less time in the sun, cutting off their primary source of the vitamin.  This is especially true for the UK where vitamin D was the most popular choice as the national lockdown was thorough across the country. Recognizing this, the NHS in the UK even launched a service providing free Vitamin D supplements for people clinically vulnerable to the coronavirus, especially those rarely going outside.

What is surprising from these survey results is that probiotics are no longer the 3rd most favored choice among American consumers—it seems as if shoppers have gone off good bacteria for enhanced immunity in favor of zinc, however this is not the same for the UK as probiotics is number 3 in consumer preference.

The survey results also show a gender difference. Elderberry and echinacea appear to be popular among female shoppers in the US, as, according to our survey, females are twice as likely to choose these ingredients over men, which suggests there is untapped market for elderberry supplements with American men. Among our UK sample, the data does not suggest any differences between genders, in fact vitamin C for both genders amounted to 31% each.

Examining preference by age, there is a clear difference in age with elderberry, only 7% of over 65’s in the US and 0% in the UK told us they would choose elderberry, in fact just under 3% of consumers from the UK chose elderberry, in contrast to 13% of 25–44-year-old Americans choosing that ingredient. This may be because there are very few product options and a potential lag in supply—there does seem to be another market opportunity here as elderberry continues to gain favorable media attention. 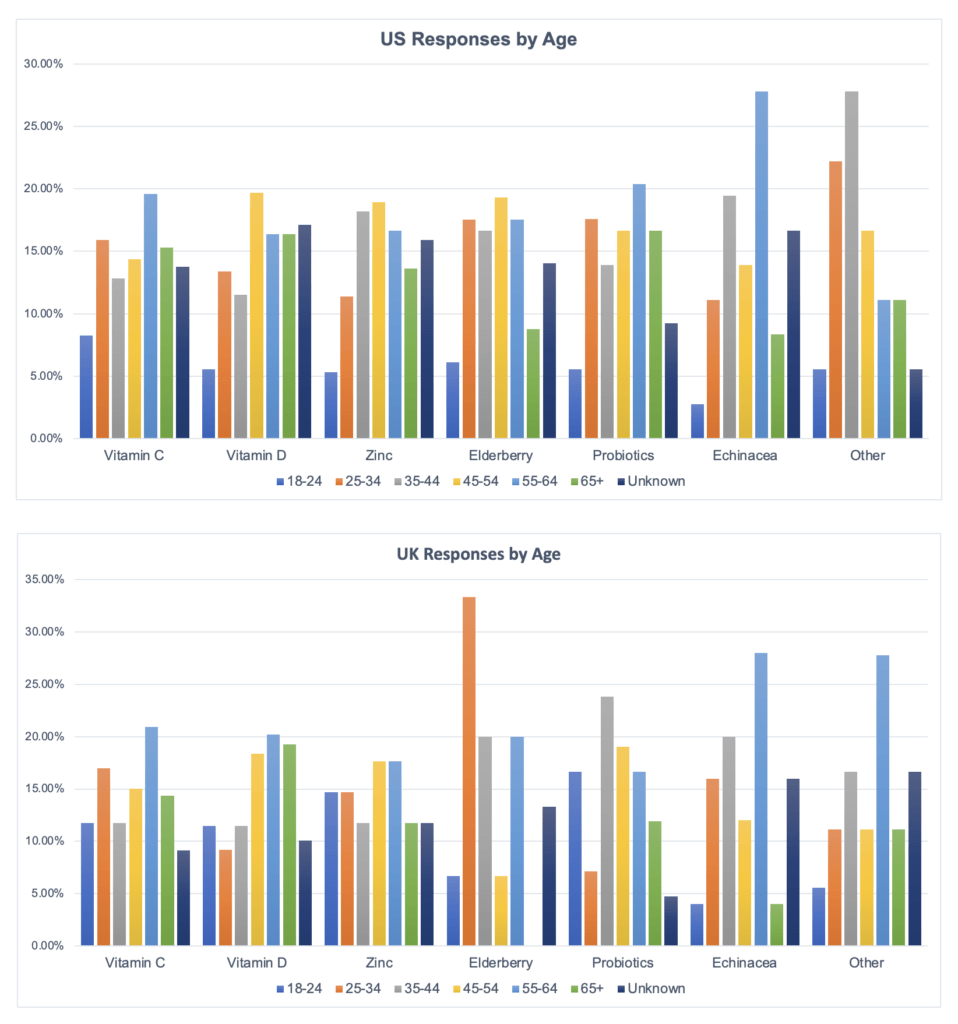 Our survey findings revealed some clear ingredient trends and we’ll continue to monitor this space for opportunities as the immunity market rise seems to be here to stay. Let us know what trends you’re seeing in this space and what you’d like us to keep an eye out for.

Drugs and Supplements CAN Treat a Disease