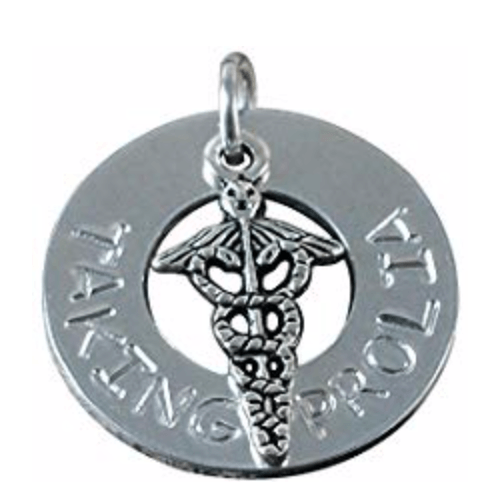 There I was, relaxing at the end of the day mindlessly glancing at the television news when, to my surprise, I saw a disease claim and endorsement for dietary supplements in the same pharmaceutical ad. I have spent enough time and energy both proactively and reactively researching the dietary supplement regulatory landscape to know this was something significant. The deeper I dove into researching what I noticed on television the more fascinated I became with the subject matter—the drug Prolia.

Prolia is specifically indicated for the treatment of postmenopausal women with osteoporosis at high risk for fracture, defined as a history of osteoporotic fracture, or multiple risk factors for fracture; or patients who have failed or are intolerant to other available osteoporosis therapy.

Prolia is supplied as a solution for subcutaneous administration. The recommended initial dose is 60 mg administered as a single subcutaneous injection once every 6 months in the upper arm, the upper thigh, or the abdomen.

The FDA approval of Proliafor the treatment of postmenopausal osteoporosis was based on a 3-year randomized, double-blind, placebo-controlled trial. The trial enrolled 7,808 women aged 60 to 91 years with a baseline BMD T-score between -2.5 and -4.0 at either the lumbar spine or total hip. Women with other diseases or on therapy that affect bone were excluded. The Women were randomized to receive SC injections of either placebo or Prolia 60 mg once every 6 months. Notably, all women received at least 1000 mg calcium and 400 IU vitamin D supplementation daily. The primary efficacy endpoint was the incidence of new morphometric (radiologically-diagnosed) vertebral fractures at 3 years.

Prolia, or its generic, denosumab, is now a multi-billion dollar drug that has allowed its maker, Amgen, to remain a key leader in the osteoporosis market. But, unlike any other drug I know, Prolia was actually studiedand approved using dietary supplements as part of its regimen. The studies to gain approval included the patients receiving supplementation of vitamin D and calcium. The researchers emphasized the importance of monitoring and correcting levels of oral calcium and vitamin D before denosumab is administered, and the supplementation of both nutrients during and after administration of the drug. Prolia requires the supplementation and monitoring of vitamin D and calcium before therapy can begin.

This tale becomes even more interesting for the dietary supplement community in 2017. It starts in 1999, when the Japanese Ministry of Health published its Guidelines for the Prevention and Treatment of Osteoporosis. Those guidelines stated that whenever a placebo group is used as a control group against a drug group, sufficient calcium and vitamin D should be administered as baseline treatment. Thus, calcium addition and vitamin D supplementation is used in studies carried outin Japan and often overseas as well. It was in 2017 specifically, that the study was done to strictly confirm thebenefit of vitamin D and calcium alongside the use of denosumab.

Amgen very recently gained approval of its next generation of denosumab. On January 8, 2019 the drug EVENITY™(romosozumab) received approval in Japan for the treatment of Osteoporosis in patients with a high risk of fracture. The United States FDA approved the drug by a vote of 18-1 on January 17, 2019.

Romosozumab demonstrated a 73% decreased risk ofpatients experiencing new vertebral fractures versus placebo. In both the Prolia and Evenity trials patients received a loading dose of 50,000 to 60,000 IU of vitamin D at the beginning of the trial, administered to participants whose baseline serum 25-hydroxyvitamin D level was 40 mg per mL or lower [15,16].In addition, all patients received daily supplements of calcium (500–1000 mg) and vitamin D (600–800 IU) during the studies themselves.

As someone who has worked in the supplement industry a long time, especially with nutrients that arguably have a place as an adjunct to pharmaceuticals (i.e., CoQ10 and statins), I found this protocol significant not only in that dietary supplements were proven to be contributory to the success of the drug, but also that the very research and therapeutic protocols effectively illustrate the fact that there is a place for nutrition and pharmacology to work together. This outcome should ideally open many doors to the broader health community who should realize that seeing a supplement advertised as part of therapy to treat, cure or mitigate a disease is possible and in fact, proven.

Romosozumab for the treatment of osteoporosis