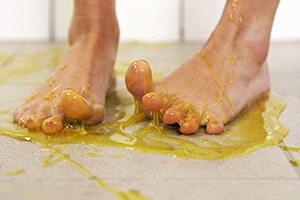 Do you or someone you know have Executive Slime Disease? I’m betting you do. Even in a trade like the health-focused supplement industry the infection is spreading.

Executive Slime Disease (“ESD”) is a potentially contagious ailment acquired by persons in positions of power and prestige. The primary symptom of illness is an inexplicable propensity for behavior the uninfected would consider unacceptable. The manifestation of Executive Slime Disease is an appearance of entitlement, rudeness, unethical behavior, and similar insufferable  afflictions. Consistently poor personal judgment is a primary symptom and clinical signs include recurring lawsuits, criminal investigations, and potentially worse consequences, not just for the individuals infected but for companies and entire industries.

ESD impairs judgment by providing a false sense of reality and entitlement invisible to the carriers and unbearable for anybody who has to work with them (“underlings” in the view of the primary patient). People with a sense of humility and altruism are immune, and the disease is rarely observed in impoverished areas. Sometimes, but not often enough, the ESD-infected individual will be challenged by their victims, perhaps a Board of Directors, voters, or consumers, and forced to seek treatment or resign from their position, quarantined to prevent the spread of disease.

A consistent pandemic in the District of Columbia, the ESD has spread across the societal spectrum. It’s all common in the supplement industry too. A business proposition built on aspiration gets its reputation rotted by the ego-obsessed ESD carriers. We deserve better.

Unfortunately, ESD is recognized but left untreated far too often. When a leader of an industry or an organization is allowed to continue exhibiting the symptoms of ESD the behavior is implicitly condoned.

As an organizational representative, the behavior is potentially reflective of all members of the industry and becomes exponentially injurious. As an ESD executive, the disease can not only be reflective of the organization but also negatively impact performance and morale of the entire group eventually eroding trust both internally and externally. When one organizational executive exhibits symptoms of ESD, the disease is more likely to be contagious to other leaders who see the behavior and take no precautions.

That’s how the disease is spread, by example.

Executive Slime Disease is easily recognized but not so quickly addressed. People often condone corrupt behavior by looking inward and accepting the reality that nobody’s behavior is perfect; no population is properly vaccinated. That may be true, but we should not allow an inevitable lack of perfection as an acceptable excuse for inexcusable behavior. We can, and should, forgive transgressions but not without absolute assurance the actions will not be repeated and a sincere acknowledgment of the consequences. Such observations suggest the condition is no longer chronic.

The antidote to ESD is the strength, trust and an expectation of our leaders to not only achieve pinnacles of profit but make priorities of character as well.

In the tale “The Emperor’s New Clothes,” the royal court is as guilty as the monarch by not calling out the ultimate wardrobe malfunction. Perhaps wardrobe dysfunction is the better term. They chose not to see. In the case of ESD, observation is essential. Contamination must be controlled.

Healthy executives are noted by impeccable example. Vital signs are recorded in their actions and words. Such observations should be expected in any situation, but it is absolute essential in an industry that exists by the grace of public trust. Image matters. Integrity is everything.

As leaders, or aspiring leaders, we must always recognize the higher standard a position of responsibility provides.

That is the antidote.

We are the cure.