If I’m a lay consumer, I remain absolutely confused and befuddled as dietary supplement brands continue to proliferate, in stores and online. A discerning label check can in some cases help note obvious differences between products, but in many cases, it’s really difficult to tell the difference between products that might have a price difference of orders of magnitude. I know enough that if it sounds too good to be true, it likely is – both from a price standpoint, as well as claims.

Within the industry, we know that back in 2015, the New York Attorney General’s office opened a can of worms when it found that many botanicals did not contain the herbs they were supposed to. Some in industry wrote the findings off as due to improper testing (DNA testing, they argued, was not ready for prime time). This targeting of major retailers, others argued, was a benefit for the industry, in that these retailers needed to truly up their game, better understand and test the products that they were putting labels on to a much higher standard.

Fast forward four years, and DNA testing has arguably come of age, botanical identity has retained focus, and brick and mortar retailers have begun implementing quality programs such as CVS Tested to be Trusted program for vitamins and supplements. Originally for the brand’s private label products, the announcement a few months ago covers products from 152 brands. The supplement category remains confusing, but this far reaching program will help shoppers feel confident in the supplement aisle. Score one for CVS.

A few years, several stakeholders including retailers, manufacturers, trade associations and certifying bodies such as NSF and UL got together to form the Global Retailer and Manufacturer’s Alliance (GRMA), and have now generated an auditing standard using consensus-based quality systems for Good Manufacturing Practices (GMP’s) through the American National Standards process for categories including dietary supplements. This standard, NSF/ANSI 455, is now being rolled out, with an obvious focus on private label retail brands. The development of an audit standard obviously helps benchmark and is a core element of assuring product quality, but the absence of testing is a serious limitation. The limitation of an audit-only system has been shown where barely compliant companies limp through the process, but are in fact known to take shortcuts with material supply and other quality program elements. Many brands, and contract manufacturers have inadequate third-party testing protocols and internal testing limitations.

We’ve spoken at length in this column of the need for the retailer (or e-tailer in some cases) to step up and take responsibility as the ultimate gatekeeper to help consumers make better buying decisions. There were some who saw the GRMA initiative as evidence that brick and mortar retail was finally going to take the gatekeeping responsibility seriously. There were others that believed a system like this would be a saving grace for supplement quality credibility broadly – that this would weed out bad actors. Recent dialogue with GRMA would suggest that retailers involved are, as expected, looking to their own backyards rather than to helping industry out. The audit-based standard works well when the brand and contract manufacturer are in a 1 to 1 relationship, but for other brands sold within retail, where the contract manufacturer relationship is opaque and can change, the standard provides no assurance. GRMA, as currently structured, does not broadly help the other supplement brands at all.

Now we turn to the online environment where, again in this column, we have commented regularly about the ‘jungle out there’. It was only a couple weeks ago that Amazon informed consumers that some of the supplements they purchased may have been fake. The counterfeit issue stems from third party fulfillment houses and is a touch problem to solve for the online community. Obviously buyers can buy direct from the brand, verify the sources and other protocols, and Amazon has introduced a few strategies to detect and eliminate counterfeit products, but it’s a risk nonetheless. (Could this be the leverage brands need to reclaim their power from Amazon? Perhaps. Anyway, it was interesting to see that USP responded on the counterfeit issue to remind consumers that their seal might be a way to avoid fake products. Good to see USP out there marketing their seal and process, which is certainly effective in discerning brands with a commitment to the audit and quality processes USP stands for. It would seem though that if you can fake a label, faking a USP seal would seem trivial.

On a closing note and credit to my TTC business partner Scott Steinford for finding this one, in addition to seeing brands proliferate, we have also seen seals and certifications multiply. FDA approved and GMP certified are the bulk of them, but I don’t ever think I’ve seen the likes of this: 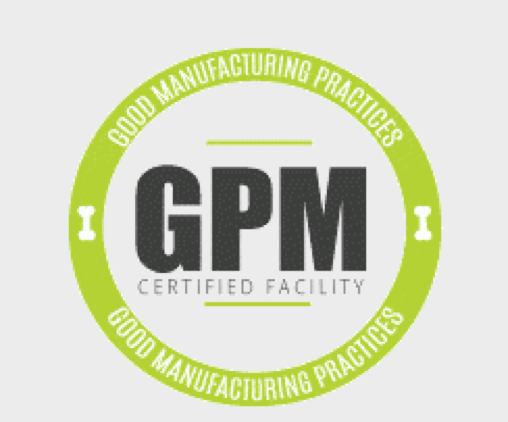 An Amazon Health Store; No Clerks or Cashiers?