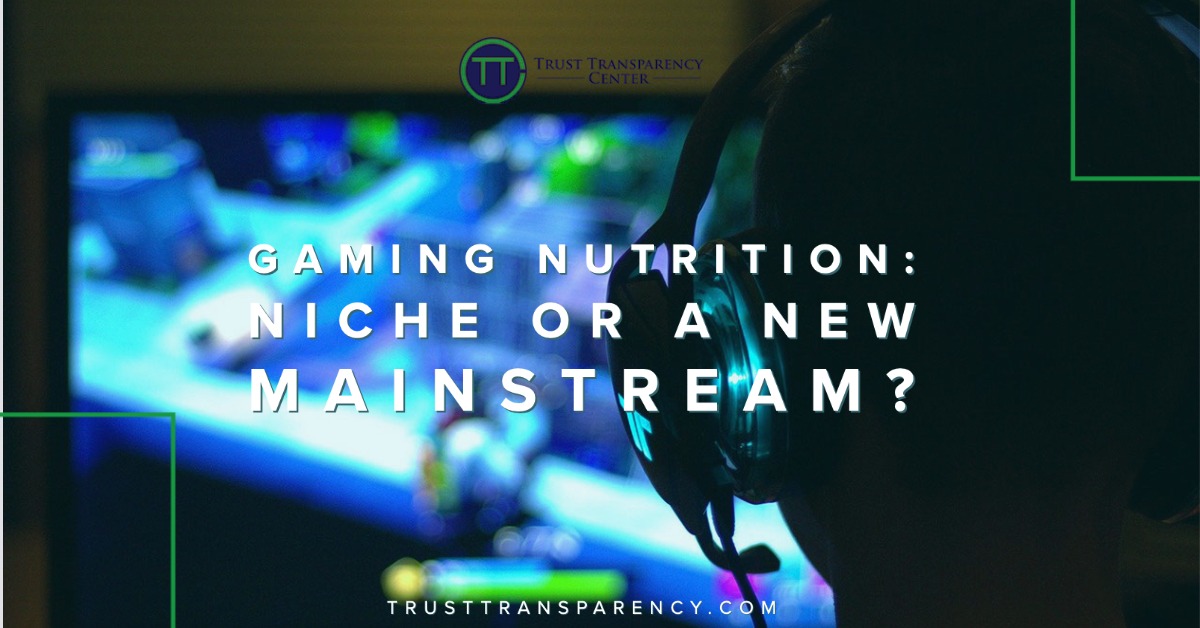 Hype about supplements for gaming seems to be everywhere right now, with excitement reaching fever-pitch among trade media and companies looking to get on the gravy train before it’s too far out of the station. So, will e-sports and gaming be the next blockbuster success?

Unless you’ve been living under a rock for the last year, you’ll no doubt have heard at least some chatter about how supplements and food solutions for gamers and e-sports are going to be ‘the next big thing’. Gaming and esports are in the really unique position of being already a massive industry, but it is also one that unless you are ‘in it’ people seem to know absolutely nothing about, and therefore are quick to dismiss. In itself, that is part of the appeal. Even if you’re ‘in it’, most don’t realize just how big it is – both in terms of users as well as revenues.

Just how big is gaming?
Let’s start by saying that these numbers are massive, representing a huge opportunity for brands, but equally these same brands must remember that all figures relate to the gaming industry as a whole, not the gaming nutrition industry which remains in relative infancy.

It is also clear that nutrition is not front of mind for the majority of gamers currently – though this is slowly changing as elite teams and top e-sports professionals begin to see nutrition as a way to gain a winning edge in high-stakes multi-million dollar competitions, and as the potential benefits in a couple of key supplement categories can truly give gamers both an edge as well as better nutrition to support the gaming lifestyle.

A gateway for nootropics?
Twenty years ago the concept of ‘sports nutrition’ was also difficult to grasp – even for those in professional sports. For many of these players, ‘recovery drinks’ meant a post-game beer in the bar.

But as professional teams began to take nutrition and sports science more seriously, and to understand the tangible benefits, there was a serious trickle-down effect. Protein powders that were once a niche product for hyper-serious bodybuilders are now standard for anyone serious about their health.

So, did protein uptake drive the wider sports nutrition trend? I’d argue it was almost certainly the other way around, although admittedly it was a perfect storm of consumers looking for healthy and convenient foods, for which sports nutrition and protein-rich products clearly were a great fit.

So, let’s imagine how a similar situation might play out in gaming now. Like sports 20 years ago, very few are taking the science of performance and nutritional needs of gamers seriously right now – but it’s clear that the tide is already changing and will certainly change quicker than it did or sports 20 years ago with both predictable and some surprising consequences. As serious gamers get serious about nutrition, what trends will we see? What trickle-down effects will there be?

Just as I’d suggest the ‘mainstreaming’ of sports in the last 20 years was a critical driver of the much wider protein trend we’ve seen over the last 5-10 years, my bet is that gaming nutrition, and the wider acceptance and mainstreaming of gaming and performance for esports will be a critical driver for a wider trend in nootropics, brain health, and eye health.

Sports was the primary driver for protein in the early days, but people realized they needed protein elsewhere – that it was valuable in their life outside sports. As gaming becomes a driver for nootropics and cognitive supplements, people will undoubtedly begin to realize they can benefit from them elsewhere too – that they are valuable in life outside gaming.

Given the number of people gaming and given the trend we already see for serious gamers (and their coaches) taking nutrition seriously. I firmly believe that gaming nutrition will be huge in the coming years. Perhaps as significantly, it will also open the gate to a much wider trend for nootropics in the mass market.