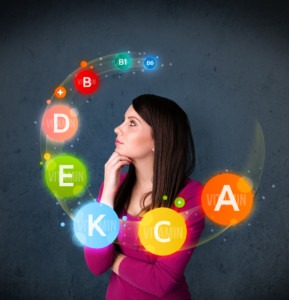 Dr. Casimir Funk gets the credit for coining the term vitamin in 1912. Vitamins were originally called vitamines (short for vital amines), but when researchers realized the substances didn’t require amines, the term was shortened to vitamins.

However, vitamin K was named from the German term “koagulation”. And today, there is no formal naming system, so it’s anyone’s guess as to what the next vitamin name will be. Hope this helps you at your next trivia night.

BONUS: for those of you that prefer to watch, rather than read your info, here’s a fun video that also goes into how vitamins got their names:

Tags: did you know, vitamins