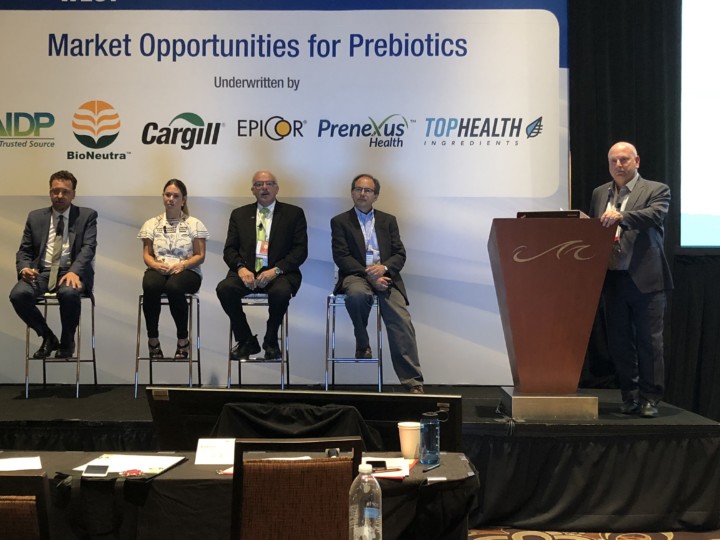 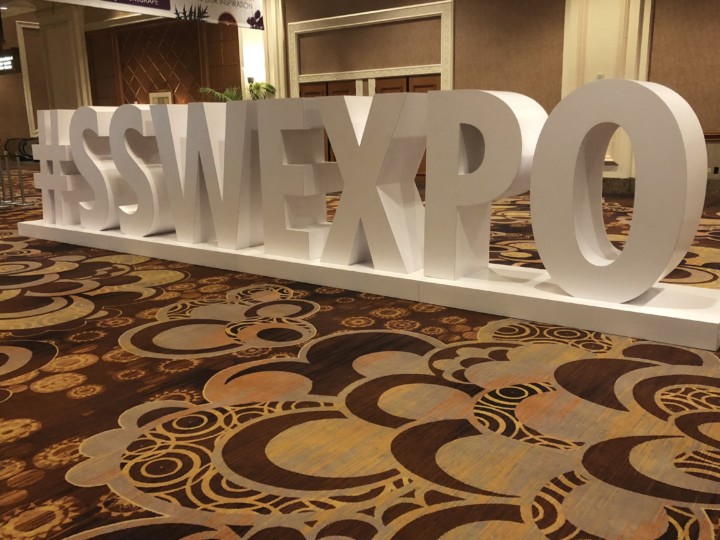 Another SupplySide West into the books (year 19) and Mandalay Bay almost feels like home. I say ‘almost’ because it’s still not quite like those earlier days at the Venetian. The show was different then; you could absolutely know you were going to at least run into everyone you needed to see. I left Las Vegas this time knowing that I missed a handful of crucial interactions, as well as can’t miss presentations… and Happy Hours. This, even though I was in town from Monday afternoon until mid-day Saturday. What used to be a two day sprint has now become a five day marathon. But that’s good right?

Whether it was a personalized nutrition workshop (finally come of age) to an association board meeting or reception, to an extremely grueling show floor (why can’t all the meetings be on one side of the hall, at least for a few hours), SupplySide West has become a can’t miss experience for the ingredients universe. It now truly straddles all things food, beverage, and supplement. I could reminisce more about those Venetian days, but suffice to say that the business energy and success on this year’s show floor kicked off some pretty good celebrations. Whether it was collagen, probiotics, all things ‘plant-based’, focus, energy, and in our specific cases astaxanthin, curcumin, and turmeric, business was brisk, engagement was complete and it would appear that the industry is poised for continued sustained growth. And all that is with many in attendance barely make the show floor. 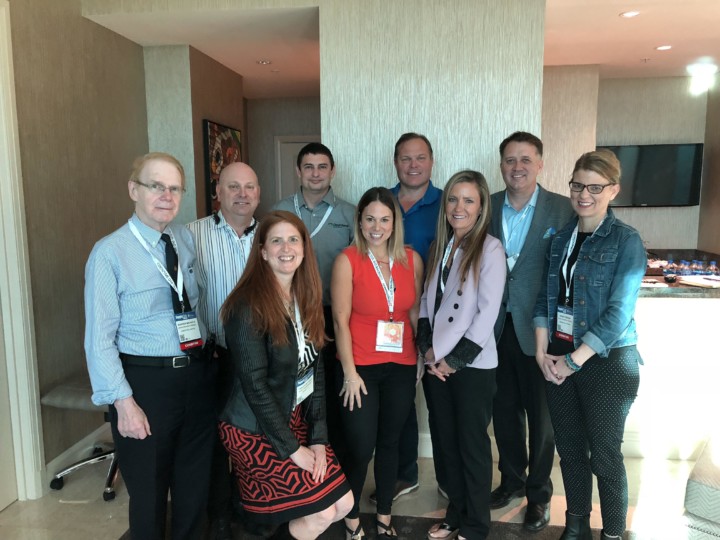 On top of meetings, meetings and more meetings (i.e., getting s&*t done) my show activities included speaking on Friday as part of the Inside the Bottle Workshop produced by Informa, and our own Prebiotic workshop co-produced by Informa.  In the first, I felt compelled to go a bit ‘darker side’. I talked about efforts by Trust Transparency Center to increase the light shone on newer online only brands taking shortcuts, either through ignorance or willful neglect that result in, among other things, products not meeting label claim. That message struck hard a few hours later as a long-time industry colleague, an ingredient distributor, approached me and said, “I’ve got a warehouse full of astaxanthin oil, you can have it cheap’, can you help me get rid of it?” Couple things coming to mind here such as, ‘if it sounds too good to be true…’ and ‘you get exactly what you pay for…’ Seems it’s not only the newcomers in online selling that might be taking some shortcuts. 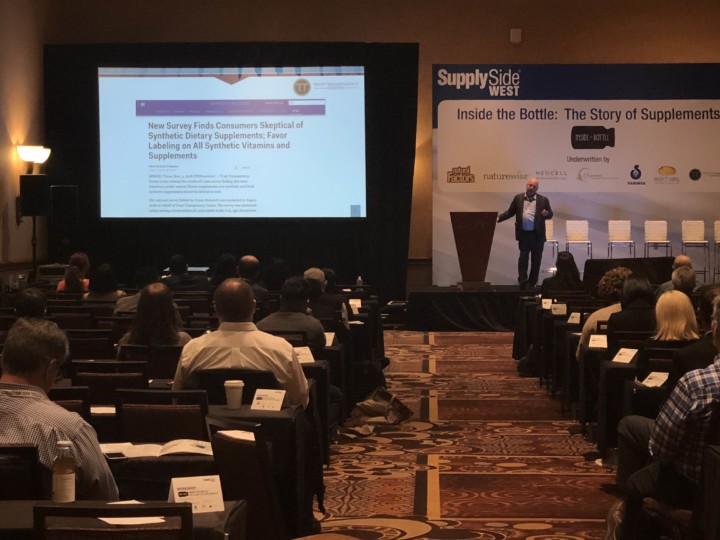 On the ‘lighter’ side, there are industry initiatives challenging these shortcuts and behaviors and on that, a huge shout out for the continued efforts of the American Botanical Council for their Botanicals Adulteration Prevention Program (BAPP) intended to increase transparency.

My second big commitment was in the afternoon Friday at the first of its kind Prebiotic workshop—I co-moderated the panel with Informa on behalf of the Global Prebiotic Association. When over 110 people stay in their seats for over 2 hours talking about the science of the microbiome, you know you’re onto something. Much more to come in this space.

Capping Friday afternoon off, almost right at closing time, I was able to hightail it over to the IPA pavilion to hear Round Two of Ivan Wasserman’s Stand-up Comedy routine. I only caught about two minutes last year, so this year was able to pretty much close the show with about 180 other colleagues and friends listening to probiotic humor. Let’s just say when you’re talking probiotics and jokes, you’re apparently on ‘ripe’ territory. Kudos Ivan.

I returned from Las Vegas pretty much exhausted, but quite excited at the volume of follow up the week had generated. I saw many companies newly committed to transparency, new international ingredients and importantly, technologies, and many familiar faces wearing new hats. I saw a couple long-time friends say their SupplySide goodbye’s.

As we head into Thanksgiving, it’s a time for family, friends and thanks. For many, SupplySide kicked off that season as many of those we have the pleasure of working with have become very close friends over the years.

Happy Thanksgiving – I personally give thanks for that and more.

Supply Chain Pressures in a Pandemic

Musings from Naturally Informed Driving Opportunities in the Microbiome Space