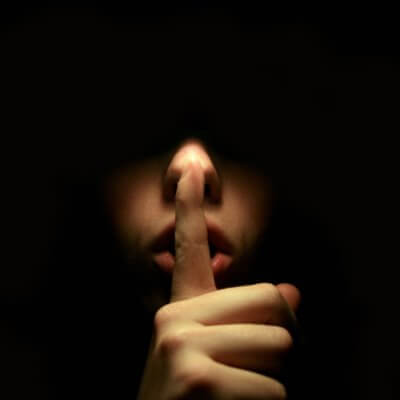 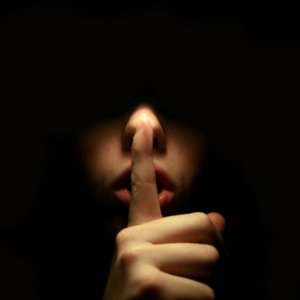 These are some examples of the impacts of silence and the damage of complicity. Senator Jeff Flake proclaimed to his Congressional colleagues “I will not be complicit or silent.” These words have become an anthem but have resonated for centuries in tales such as The Emperor’s New Clothes, The Invisible Cloth, The King’s New Turban, The Invisible Silk Robe, and many others.

In these real-life examples as well as the fables and tales, we learn that harm comes when a small group in power bullies those that it is supposed to serve. The more significant injury occurs when the one, or the many, choose to stay silent versus speak up and fight the injustice we know exists. Reading through this list and knowing many more examples exists reminds us the damage done by allowing injustices to remain. The untended abuse harms not only the intended minority but the majority as well. When we know what is right but fail to act upon that knowledge, we all feel pain.

When we maintain silence out of an avoidance of conflict with others we provide implied approval of the actions and injury imparted by the targets of those in power. Staying silent out of fear only reinforces strength inappropriately wielded.

With the 20 examples provided, the associated direct economic costs total in the billions of dollars. The human lives lost due to these issues total in the thousands. It is impossible to calculate the cost of human suffering resulting from these actions. Businesses suffer not only on the bottom line but also in their ability to attract and maintain customers. In today’s online environment a misstep can cause immediate and permanent backlash as experienced by Uber in the #deleteuber campaign. Mashable.com estimated 500,000 Uber accounts were deleted in the first week of the campaign. In all cases, it is clear the leadership of the organization drives the culture which ultimately effects the sustainable operation of any business.

In every one of the examples provided at the beginning of this post, someone came forward to uncover a wrong. A Pediatrician and a professor exposed the Flint, MI water crisis. Activists such as Harriet Beecher Stowe, Susan B. Anthony, Erin Brockovich, Crystal Lee Jordan (the real “Norma Rae”) and Karen Silkwood all deserve the hero status they received for it was their individual courage that inspired change and safety for many. Katherine Kendall, Gretchen Carlson, and Susan Fowler are recent examples of courageous women who have spoken up against dominant and abusive cultures. These women have effected change.

The recent #MeToo movement gained considerable attention in response to the Hollywood culture exposed when Harvey Weinstein’s notorious actions were spotlighted. The illumination of one became the spark for many more points of light. The enlightenment born out of sexual misconduct in the entertainment industry has emerged to include injustices of varying types in many facets of society. It is our responsibility to forward the torch and not let it suffer the effects of a short news cycle. In parenting terms, this is a teachable moment, to ourselves as well as future generations.

Silence can be regarded as a freedom of speech; but not when that silence harms. When we express our disagreement with the bullies, we do not have to engage in hostility or abuse ourselves. It is possible to merely state aloud we don’t agree and it is more likely others will join in, if not immediately, in time. Our society has evolved in the direction of civility and decency, and we must believe that trend will be morally supported by our peers.

Silent complicity can be a gradient of importance or impact in our lives. We should measure our silent complicity not by what we speak about but what we see and do not say. We have been told our strongest societal tool against terrorism is “see something, say something.” This tool is no less useful in the war of injustice. It is up to each of us to see something and say something as a matter of routine because it is the right thing to do for those abused as well as ourselves.
The answer to this issue is not simple. Humility, fear, ego, want for acceptance and many other emotional factors drive our desire and justification to be silent at times when we know we should speak up. Our realization of the importance of strength over apathy is the path to justice. We must believe we are right to fight injustice and protect those of us who are too weak to do so on their own. We stand up, not only for others, but for ourselves, as without vigilance on all our parts, we can become the next victim for which no one will be left to fight.

From fake to folly – dietary supplement gates are riddled with holes