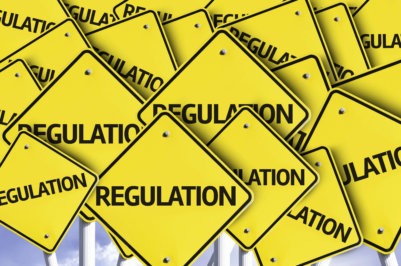 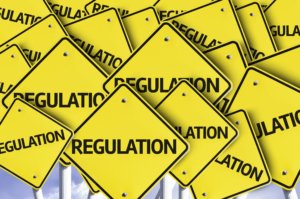 Why is the dietary supplement industry allowing itself to become worse instead of better at self-policing?

The dietary supplement industry is often accused of being unregulated, yet, in reality, it is very regulated with a variety of entities and mechanisms that provide oversight and accountability. Some of these include:

The Dietary Supplement and Health Education Act of 1994 (DSHEA) is the statute of United States Federal legislation directly addressing government regulation of the dietary supplement industry. In large part, the dietary supplement industry is intended by DSHEA to be accountable for its own actions. DSHEA and several other legislation pieces, before and since, have provided agencies the ability to oversee the process with the FDA being primarily tasked with oversight. Business Insider, on August 14, 2017, reported a conversation with Steven Tave, Director of the FDA’s Office of Dietary Supplements. Tave stated “We are doing the best we can. When DSHEA was passed, the bill made sense. In 1994, about 600 supplement companies were producing about 4,000 products for a total revenue of about $4 billion. But that market has since ballooned.” Tave’s office staffs approximately 25 people on a budget of $5 million. According to the FDA 2018 Budget Overview, this funding has been further reduced, and a hiring freeze in the first half of 2017 resulted in over 1,000 vacancies at the FDA with many of those vacancies not expected to be filled which limits the organization’s effectiveness.

Because of the limited ability by the government to enforce, organizations within our industry need to self-police, which means we are responsible for their own compliance to legal, safety and ethical standards.

Many within the dietary supplement industry believe that industry should continue without the cost and innovation constraints increased regulations would entail. It can be argued that many consumers believe the same as more than 170 million Americans take dietary supplements, and the reality is this opinion probably makes considerable economic sense for both industry and the consumer.

There are however a variety of issues that have emerged which the dietary supplement industry must address sooner rather than later to instill or maintain confidence within the consumer base. The most impactful change which has emerged since DSHEA was passed is the rise of e-commerce retail. Amazon is arguably the largest e-commerce retailer of dietary supplements, but scores of other online sites exist as well. Thousands of brands are offered through these sites as a result of a low barrier of entry and little to no ability for oversight or verification of product integrity.

The importance of e-commerce self-policing that has evolved within the supplement industry often involves the assurance of product efficacy. Ingredient manufacturers support scientific clinical studies to provide proven effective dosage levels. Brand holders use these ingredients, and associated clinical evidence, to provide a higher level of confidence to the consumer. The problem lies in the lack of verification required by retailers of dietary supplements. Many retailers do require an explanation of regulatory adherence by their suppliers. However, it is being discovered that some brands are not adhering to even the most basic tenets of inclusion or identity as claimed on label.

The Natural Algae Astaxanthin Association (“NAXA”) has been testing product for identity and assay of both raw materials as well as finished products. Early in the testing program, NAXA identified product claiming the astaxanthin was natural, subsequently determined to be synthetic. Companies were advised of this fact and those companies revised their supply arrangements to offer verified natural astaxanthin as claimed on the labels. Since the early testing and subsequent reporting, no evidence of false labeling related to synthetic has been discovered.  But when it comes to online retailers, there’s another story– recent testing of astaxanthin products from smaller brands on a major online retailer have shown that they fail to offer the full amount of astaxanthin as claimed on the label. Larger, more recognized, brands representing the majority of the market typically showed accuracy in their label claim. The danger to the dietary supplement industry is in products which claim to offer benefits but have no ability to do so, since lack of active ingredient can negatively impact an entire category.   We wrote about this and other potential issues a couple weeks ago and offered some solutions.

The single ingredient trade association, GOED (Global Organization for EPA & DHA Omega-3) was founded in 2006 with a mission to develop education strategies, enhance consumer awareness and implementing quality standards to protect omega-3 EPA/DHA brands. GOED has maintained a quality standard for its members and these members point to that assurance as a contributing factor to Omega-3 category growth to current levels, which are significantly higher than when the association was formed.

We’ll be writing more about this in the upcoming months. Stay tuned.