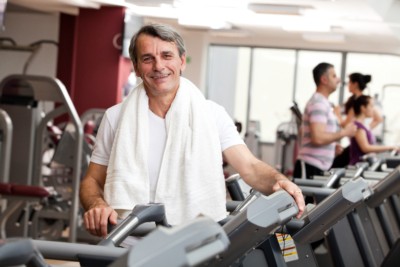 A recent article entitled “Older Americans Are Hooked on Vitamins Despite Scarce Evidence They Work” was recently written by Liz Szabo for Kaiser Health News and later picked up by The New York Times. It is clear from the title this was not intended to be an unbiased piece of journalism. Ms. Szabo has not been on the list of vitamin critics but has been a well-rounded advocate/critic for health causes in general. She is a peer-recognized prize journalist as Senior Correspondent for Kaiser Health News. Ms. Szabo spent 12+ years as a USA Today Medical Reporter and has garnered over 64,000 Twitter followers. In short, her opinion is rightfully respected.

The article was first published on April 4, 2018, and by April 27, 2018 letters to the editor prompted the article “Readers Weigh In On Vitamin Use And The Big Pharma-Patient Advocacy Connection.”

The letters to the editor presented in the follow-up article largely criticized the pharmaceutical industry and the cost and conscience associated with same. The most entertaining of the responses which supported vitamins:

Older Americans are the evidence. They live longer, yes? What other proof would you like? – Pamela Shattuck, San Diego County, California

Ms. Shattuck makes a good point. The statistics represented in the graphic do provide a degree of support by themselves. I personally would be more concerned if the majority of dietary supplements were taken by inexperienced, uneducated impoverished people. The fact that older, presumably wiser, more educated persons more capable of evaluating health benefits, with disposable income that support the dietary supplement industry is comforting.

The article expands upon the premise of a healthy population striving to be healthier:

“People who take vitamins tend to be healthier, wealthier and better educated than those who don’t, Kramer said. They are probably less likely to succumb to heart disease or cancer, whether they take supplements or not. That can skew research results, making vitamin pills seem more effective than they really are.”

There are definitely two ways to look at this same potential inconsistency.

The original article discusses studies that link vitamins to negative outcomes. The statement “Vitamin E nor folic acid supplements did anything to protect the heart” was supported by an inconclusive reference “Vitamin E had no benefit. Its effects on fatal cardiovascular events require further exploration.” More importantly, the preceding sentence to the one referenced was: “Dietary supplementation with n-3 PUFA (fish oil) led to a clinically important and statistically significant benefit.” Dietary Supplements cannot claim benefit for patients on a reactive basis for such traumatic events as a myocardial infarction (heart attack). In this referenced study one dietary supplement was deemed to be beneficial and the other was deemed to need further investigation. The latter dietary supplement was noted for its lack of benefit and the former dietary supplement providing demonstrated benefit was ignored. The takeaway presentation was vitamins cause harm. The article went on to say “Even worse, studies linked high-dose vitamin E to a higher risk of heart failure, prostate cancer and death from any cause.” The references here point to use of synthetic vitamin E on chronically ill patients. The latter study is a meta-analysis of other studies. The original statement from the referenced Vitamin E meta-analysis is:

High-dosage (> or =400 IU/d) trials were often small and were performed in patients with chronic diseases. The generalizability of the findings to healthy adults is uncertain. Precise estimation of the threshold at which risk increases is difficult.

High-dosage (> or =400 IU/d) vitamin E supplements may increase all-cause mortality and should be avoided.

The words “may” and “healthy adults” were excluded from the article. Concern for the effects of natural origin ingredients versus petroleum based synthetic ingredients was also not mentioned.

The statement “…almost never find that vitamins prevent disease…” is confusing because none of the referenced studies were conducted on healthy populations. It is difficult to determine if people stayed healthy by taking vitamins when only unhealthy people were observed. The distortion in how the results were presented is misleading.
The National Institutes of Health has spent more than $2.4 billion since 1999 studying vitamins and minerals. A point that can be agreed upon is the opinion made by Dr. Barnett Kramer, director of cancer prevention at the National Cancer Institute “Yet for “all the research we’ve done, we don’t have much to show for it.” The argument made in the article is that the NIH has spent $2.4 billion since 1999. The argument not made though, is that  the NIH has spent over $100 billion between 2010 and 2016 to approve 210 new drugs. These points combine to indicate we are not conducting enough research on the benefits of dietary supplements. Science and society needs to replace industry as the driver for research dollars. Inequitable tax dollars are spent on studies to support pharmaceutical, not nutraceutical, research.

Currently, healthy population references to support dietary supplements are the statistics provided by surveys not science. Until dietary supplements can achieve significant dollars for the breadth and significance of science necessary to prove their benefits their primary support will have to continue to come from the economically successful, well educated, longevity minded people who take them.