While Amazon began by selling books, the impact the corporation has on the economic market now effects almost every consumer and business segment in some capacity. Amazon sells diapers and coffins and just about everything one can want in between. If Amazon doesn’t sell it now, it is rumored they’ll start soon, as is the case of pharmaceuticals. On April 2, 2018, the Dow Jones Industrial Average dropped almost 500 points and almost 3.5% on the concern a trade war with China would have on Amazon. Amazon’s influence on the world economy is undisputed. 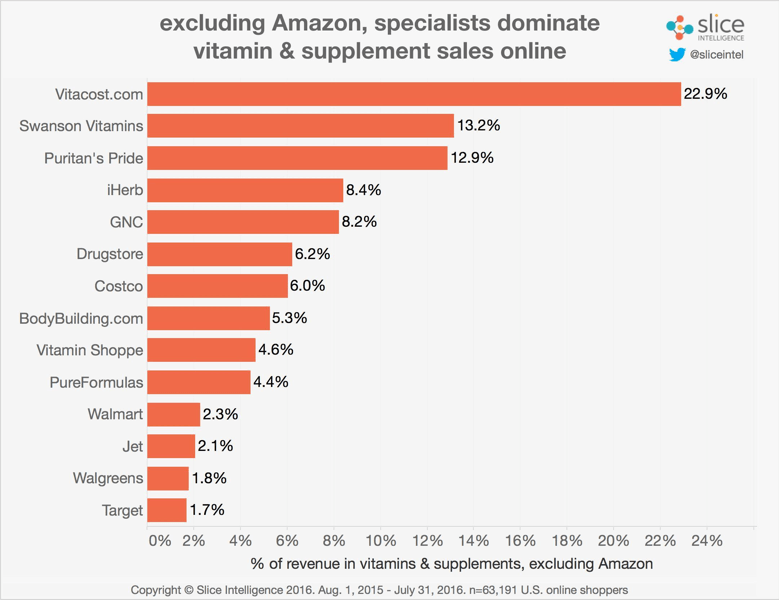 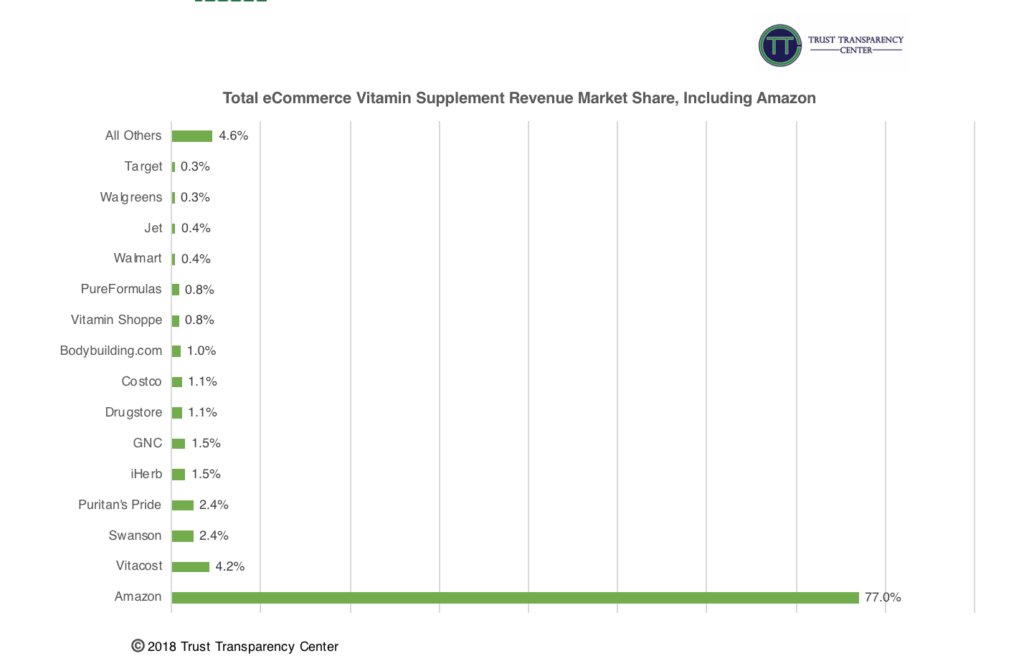 Another aspect of the Amazon effect is the product offering the providers carry. The more involved the platform vetting process, logically, the fewer brands are offered. Amazon is the demonstrated leader in the market offerings with over 13,000. The range of brands being carried among those that platforms that promote multiple brands is 36 to 13,152. 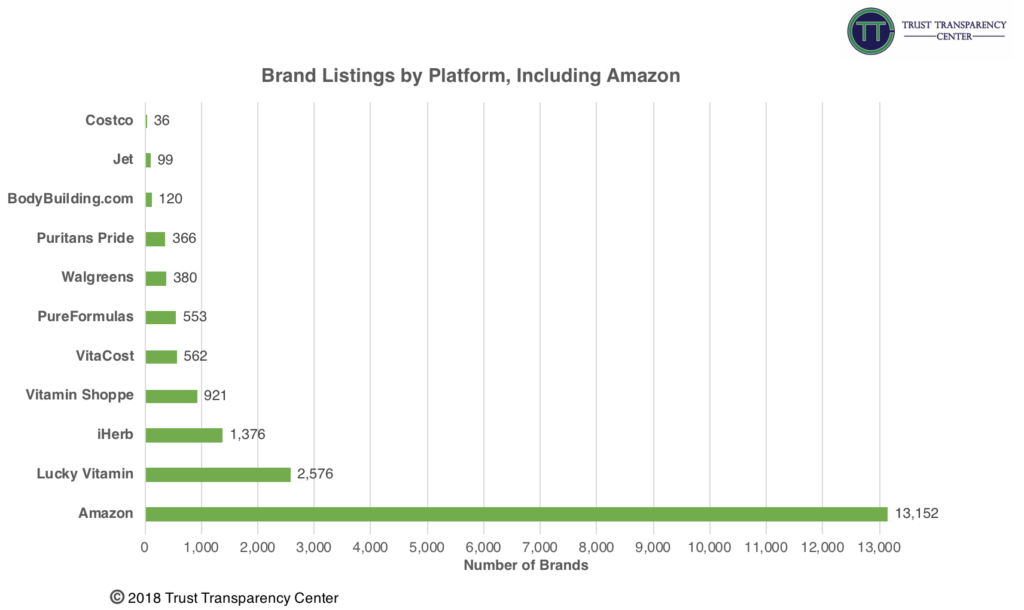 Platforms that responded to our request for details on their onboarding process mentioned or provided a vetting process. Amazon directed us to a terms and conditions page specifying the 5 requirements to sell dietary supplements on Amazon: Amazon Seller Central Dietary Supplements

“According to our Terms & Conditions, which are valid for all third-party sellers selling on Amazon, it is not allowed to offer products that are violating legal provisions. If we get notified about specific products, we will immediately review and, if confirmed, remove items as well as approach our sellers to secure compliance with our T&Cs.”

It is clear Amazon has some vetting criteria but it is inconsistent and completely reactive to some undefined impetus from the marketplace. A responsible vetting process would be both proactive and well defined. It is that vetting process the Trust Transparency Center seeks to assist the ecommerce segment of the industry to implement. Stay tuned to this site for more information on this topic.

The Amazon effect is immense across all areas of the U.S. marketplace. The Amazon effect is even more impactful on the U.S. dietary supplement market. The likelihood this effect will diminish any time soon is not high but it is important that we continue to monitor the impact on the industry. Trust Transparency Center is committed to keeping a watchful eye on all effects in the marketplace that cause us nervousness, including the Amazon Effect. We will continue to maintain our vigilance. See you next Tuesday for our next Trust Talk!