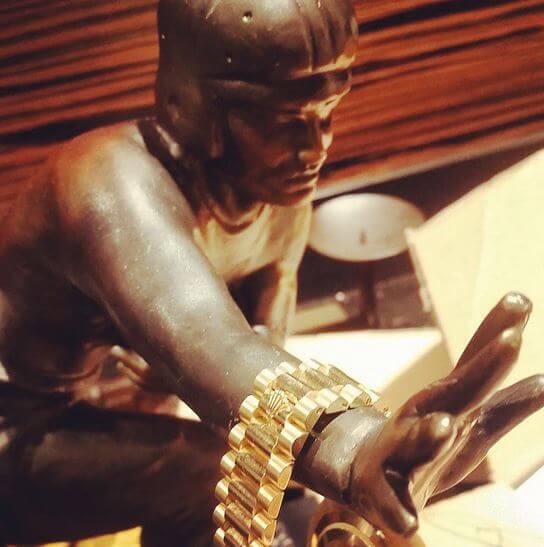 From Heisman to Has Been? A lesson for all of us – 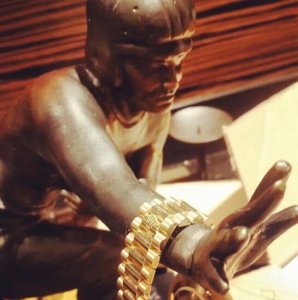 A successful and influential man in my life once told me “Money does not make you anything more or less than what you would be without it. Money only provides you freedom to become more of what you are.” He went on to explain the effect of money becomes an exponential demonstration of character either positively or negatively. I’ve since observed this advice can apply to fame and power as well.

Jonathan Manziel was born near Texas A&M in the East Texas town of Tyler, Texas. The Manziel family was known for its generations of wealth derived from oil wells started in the 1930’s by his family. Johnny’s mother, Michelle Manziel, told a reporter one of the reasons the family moved to Kerrville was because of stigma surrounding the Manziel family in Tyler. “We love the family, but we needed to get away,” says Michelle Manziel in Josh Katzowitz’s book, “Johnny Football”. “In some ways it was too easy. I just wanted our kids to be treated as kids and not have that Manziel name over their heads.”

But, Texas is a state where high school football often defines the culture more than merely becomes a part of it. Many throughout the State of Texas had at least heard of Johnny Manziel as a high School football standout. Manziel became a starter at Tivy High School in Kerrville, Texas when the senior quarterback was suspended. The senior quarterback was charged with underage drinking and the coach suspended him for unbecoming behavior thus providing Johnny Manziel with the opportunity to achieve the fame he has today. Manziel was a 3-star prospect ranked 28th as a quarterback prospect in the 2011 graduating high school class. Johnny received 10 offer letters from Colleges and Universities across the country. He initially committed to the University of Oregon but later changed his course to a more local location, Texas A&M.

The summer before the beginning of his meteoric rise in 2012 at Texas A&M, Manziel was arrested and jailed in College Station for fighting, resisting arrest and possessing false identification. Johnny was disappointed at riding the bench as a true freshman at A&M and was quoted as saying he didn’t want to continue college after the arrest in the summer of 2012. He was about to start his first year of eligibility as a “red shirt freshman” to play at A&M and he was fearful his actions would keep him on the bench. Family and coaches convinced him to stay and commit himself to achieving the success they knew he possessed. By August that year he had won the starting quarterback position at Texas A&M. By December of that year Manziel was named the first Freshman ever to receive the most recognized collegiate award, the Heisman Trophy. Many close to Manziel have reportedly said this was the beginning of the Johnny Manziel we know today.

Johnny was drafted low in the first round of the 2014 NFL Draft by the Cleveland Browns. His skill came in question after having recorded throwing the same number of touchdowns as interceptions, seven. More impactful are the several conduct violations he brought upon himself. Manziel repeatedly apologized for his behavior and disrespect his actions portrayed to both his teammates and the Cleveland Brown’s organization. His apologies were deemed hollow as represented by his continued irresponsible actions. The Cleveland Browns organization released him two days into the 2016 NFL calendar year.

In four short years, Johnny Manziel has gone from a relatively unknown college freshman from a small East Texas town to a recognized celebrity with no team, a four game suspension for violating NFL substance abuse policy if he ever does play again, and a pending trial for alleged domestic abuse. No longer famous for his athletic excellence but now known for his consistently poor choices both on and off the field. The term “affluenza” has been ascribed many times as his own wealth of approximately $4 million is backed up by his family’s wealth of an estimated $50 million . Manziel has now re-enrolled at Texas A&M. Much of Manziel’s limited time at Texas A&M was spent taking classes online and many speculate that is what is happening now. It is feared this new direction has more to do with his ongoing domestic violence issues then a newly found commitment to education. We hope his return to Texas A&M is a sincere effort towards getting his life in order and respect regained.

Achieving any pinnacle of recognition comes with an implied expectation of responsibility of character and leadership. The Heisman Trophy is an award that young people aspire to achieve and pay attention to the character and conduct of those who do achieve it. Texas A&M has two Heisman trophy winners in their rich history of collegiate excellence. Alumni rightfully expect the recipient of this prestigious award to be responsible in the representation brought to the University. Fans of collegiate football know the importance of this award and expect the award to ultimately represent the character of the sport as well as the individual receiving it. The overwhelming majority of the 79 recipients of the Heisman Trophy, such as Davey O’Brien, Roger Staubach and Earl Campbell, have gone on to have successful lives that continue to represent the character of individual this award is expected to represent. Johnny Manziel is only 24 and it is too early to tell if his life’s work will be defined in the same way his character is portrayed today. It is safe to say a majority of people genuinely hope Johnny Manziel can eventually meet the expectations attributed to the award and align reality with those expectations.

The Heisman Trophy can be likened to many other awards or accolades in life including leadership opportunities. Business, Government and other leaders bear a similar implied expectation of character and responsibility as attributed to the Heisman Trophy. Like Johnny Manziel, the quality of individuals a leader surrounds themselves with directly effects the direction of decisions. The character of the “advisors” is a direct reflection of the character of the leader. An organization with both poor character leaders and advisors is destined to achieve a culture where employee and customer expectations do not meet reality.

Leaders who consistently do not exhibit respectful and responsible decisions will ultimately build a culture whereby transparency and ethics are blurred. When a leader of an organization, business or government is allowed to continue irresponsible actions, language or attitude the outcome is likely to be disastrous. Examples of blurred character and the harm it can cause are abundant in today’s news. Toyota, Volkswagen, GM, and Flint, Michigan government officials, are all examples where leaders made unethical decisions that cost lives and billions of dollars. Leaders need to hold themselves to higher standards of conduct and recognize the ripple effect their attitudes convey to both internal and external perceptions.

It is human nature and accurate to believe that we are all fallible. That is not an acceptable excuse to allow fallibility to continue unabated. Leaders must be more diligent of character and responsibility of actions as their responsibility to others increases. Advisors, assistants, friends and confidants to leaders all bear an obligation to themselves and others to provide ethically based criticism and advice. While many examples like Johnny Manziel may exist, it is up to all of us to stop the irresponsible actions before it becomes irreversible. In some cases, the effect of money, power or fame can be too much influence to overcome any inherent fallibility. We are all capable of knowing what is right and collectively achieve a better outcome if we focus on pinnacles of character and not just pinnacles of profit.

We have all heard the phrase with money comes freedom. The same holds true for power and fame. But, the freedom comes with a responsibility. A responsibility to provide improvement of ourselves, those around us and those we represent and impact. I want to believe Johnny Manziel will ultimately realize the impact of his freedom and responsibility and improve his actions and character accordingly. I want to believe we as a society will do the same. In time I hope we all understand the power of our freedom and responsibility. We all have some degree of money, power or fame and it will make us more of who we are, or at least choose to be.

Blockchain Revisited – Getting Past the Hype

Did You Know? How Vitamins Are Named