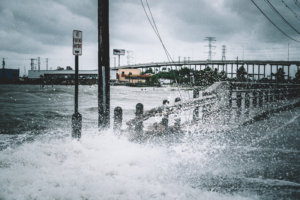 Shortly after Hurricane Harvey, I shared my perspective on LinkedIn about this catastrophic event from a personal standpoint.  Many lessons, good and bad, were learned, from the impact of Hurricane Harvey, several of these involving the combination of both trust and transparency, exponentially increasing the impact of each component individually. The synergy of the two concepts combined into one thought process is significantly advantageous to professional and personal success. Trust is no more of value to a person or an organization than the transparency which makes it visible. On the business side, this disaster in the South Texas area brought that home in four examples:

All four entities are known for their generosity to the community but they became even more recognized for their extraordinary actions leading up to, during and after this event.

From the first announcement of a storm tracking to South Texas, H-E-B began mobilizing their “Disaster Relief” programs, which have been utilized countless times over the company’s 112-year history. They began coordinating supply chain logistics to support a widespread area as soon as the storm was announced despite the fact that no certainty of the path of the storm yet existed. An important point of trust transparency was conveyed when Scott McClelland, President of H-E-B, announced that they would strive to be open to provide product that met basic needs, including bread, water, milk, batteries, and canned meats such as tuna. Stores operated with as little as five people, four at the register and one at the front door to manage crowds. Many of the shelves were empty but customers were made aware as they went  into the store and knew exactly why. The “shortage” of product was purposeful, planned and communicated. Additionally, the disaster relief programs distributed cooked food and emergency supplies in the hardest hit .

J.J. Watt has been the face of the Houston Texans since his introduction to the NFL as the 11th overall pick of the 2011 NFL Draft. JJ Watt went on to become NFL Defensive Player of the Year in 2012, 2014 and 2015. In his first year, he set up the JJ Watt Foundation to provide equipment and uniforms to after school athletic programs, and his events, along with his reputation for altruism, have become increasingly popular in the Houston area. The JJ Watt Foundation website reports providing $3.3m to after school athletic programs throughout the United States. Despite this history, no one could have known the outreach an appeal from JJ Watt could mobilize for Hurricane Harvey relief efforts. He first tweeted an appeal setting a $200,000 goal for a fund he was establishing, starting the fund with $100,000 of his own money in hopes the community would match it. The outpouring has now exceeded $30 million with million dollar donations from Ellen DeGeneres and Jimmy Fallon as well as a $5 million donation from H-E-B. JJ Watt has committed that the money raised for Houston area victims stays in the Houston area. He has proactively said he isn’t certain how the distribution will work but he is dedicated to not just funnel money through other non-profit organizations.  JJ Watt is establishing trust transparency by proactively presenting both the success and challenges of the scope of the support directed towards his efforts.

In Houston, furniture probably plays a bigger role in our lives than many parts of the country. According to a USA Today article, Houston ranks second in the nation for median home size. Larger homes mean more furniture. Gallery Furniture, and specifically the owner Jim McIngvale “Mattress Mack”, has become an icon of the community with an inspiring “rags to riches” story. His “celebrity” status has been built not only on his success but on his altruism. McIngvale not only gives resources (a lot of resources) to assist in times of good and bad, but he gives his time and genuinely demonstrates his care by being present. After Hurricane Katrina he opened his 160,000 square foot facility in Houston to 200 people impacted in New Orleans. After Hurricane Harvey, Gallery Furniture sent out its delivery trucks to rescue several hundred people in flooded neighborhoods and bring them to the Gallery Furniture showroom where they were provided meals and comfortable, dry furniture to rest and recover on. I watched an interview with Jim during the crisis and the reporter asked if he thought future furniture buyers might feel negatively about buying “used” furniture. Without missing a moment Jim shrugged his shoulders and said, “not something I care about right now, maybe I will end up having an after-hurricane clearance sale but right now I’m just focused on helping these people.” He and his organization’s caring and preparedness to act came through clearly.

Churches are often the first place people look towards in time of crisis and emergency. Houston is home to the largest church in America, Lakewood Church, with a seating capacity for 16,000 people, housed in the arena which once was home to the Houston Rockets. In the previous trust transparency examples, one key factor is the preparation in the time before the crisis. Unlike fires, earthquakes or tornadoes, hurricanes provide days of warning to prepare. While the true severity or location of the greatest impact cannot be known, the likelihood for some degree of assistance in a certain vicinity is apparent.

Lakewood Church received strong criticism surrounding their initial hesitation to use their facility for shelter. The attitude displayed in the other examples above demonstrated preparedness and a commitment to proactively determining what can be done, not reasons for what can’t be done. Joel Osteen is world renowned for his inspiration, and Lakewood Church has repeatedly helped souls in need from around the world. In this instance, Osteen’s failure to be transparent and lack of communication caused unwarranted backlash. Eventually, Lakewood Church did become a shelter for many and distribution center as originally planned with the city, but only after having to defend the position it initially took. Trust, as conveyed by preparedness or message, was not present and the criticism was reflective.

Numerous lessons of trust transparency were provided in the days before and following Hurricane Harvey. Trust transparency is both a personal and organizational culture but more importantly a behavioral commitment that can never be relaxed, especially during times of crisis. While these are a few examples and scenarios occurring around the Houston area, many more occur daily within our lives no matter where we are. It is up to us to make trust transparency an element and priority in our daily lives as this commitment will enable us to become more profitable in every sense of the word.

Insights into the immunity market