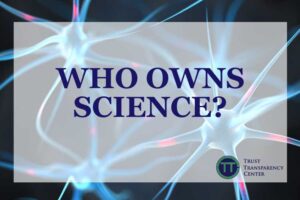 This simple three-word question is at the heart of many problems within the dietary supplement industry. I contend the lack of a firm grasp of the answer lends itself to unintentional, yet unavoidable harm. I also argue the problem has become so complicated the solution is repeatedly growing the opposite of science – commoditization. What we all too frequently see is a race to the bottom, rather than an elevation of our products and brands.

In the dietary supplement industry, the issue behind the ownership of science is particularly troublesome for a variety of reasons including:

The ability to patent the products provided is inherently difficult.

What are some answers to advancing science in the supplement industry?

How does science go wrong in the dietary supplement industry? Money, or the lack of same, is the critical component to definitive success or failure of science in almost any industry. Pharmaceutical or supplement, the necessity for larger population studies is often essential to ensure a more certain outcome. The line between the effectiveness of some dietary supplements and pharmaceutical counterparts is sometimes blurred as many supplements have significant physiological impact. The line between what can be said, or not said, is not blurred, especially with well developed clinical research programs.

However, the inability to utilize accurate language when it is justified due to the structure function claim versus health claim environment frequently makes it a necessity to market a product to a less than optimal benefit outcome. One clear example of this is CoQ10. CoQ10 has been effectively being marketed and used to treat Congestive Heart Failure in many parts of the world as a pharmaceutical product for over 50 years. The ingredient was first discovered in 1957 but not commercially available until the 1970’s. Significant clinical research occurred in the 1980’s, and the popularity of the drug in Japan allowed it to become one of the top 5 prescribed pharmaceutical products in Japan.

In 2014, two trials involving Congestive Heart Failure outcomes were conducted. Trust Transparency Center discussed the Paradigm-HF and Q-Symbio studies in more detail in an earlier post (https://trusttransparency.com/when-a-supplement-outperforms-a-drug/ ). The Paradigm-HF study supported a combination pharmaceutical product, Entresto. The Q-Symbio supported CoQ10. The outcome of the Q-Symbio trial showed more significant benefit for CHF patients than Entresto. Today CoQ10 is still not allowed to be marketed for its possible benefit for CHF patients. The monthly cost for the studied dose of CoQ10 is approximately $12/month. Entresto is now a $5B product. The monthly cost for Entresto is approximately $500/month. Finally, Entresto is involved with an FDA advised voluntary recall because N-nitrosodimethylamine (NDMA), a known carcinogen, has been identified as being present in the supply (https://www.fda.gov/newsevents/newsroom/pressannouncements/ucm613532.htm).

The dietary supplement industry is continually decreasing its level of spending on Research and Development. This trend should and can stop with adequate cooperative approaches that provide a recognizable ROI. Proven benefits in health care should be recognized whether or not they come from pharmaceutical or supplements. Regardless of who owns science, we as a society should benefit.